What are DApps? The 5 Use Cases of DApps!

Decentralized applications, or DApps, are smart contract-powered blockchain-based versions of apps popularized by the Ethereum network. They behave similarly to standard applications — a user should not detect a difference — but provide far more in terms of feature set.

DApps are a novel approach to connecting with personal finance. Traditional finance is frequently associated with money lending, borrowing, savings, and other comparable things. Each of them is fueled by a central authority, such as banks or other financial organizations.

However, when it comes to the future of finance, many people see cryptocurrencies and blockchain as examples. Under that situation, how can simple financial chores like loans function in a decentralized state?

The Evolution of DApps

Although Bitcoin (BTC) was the first blockchain network, the technology has progressed well beyond a basic financial transaction. When Vitalik Buterin and his colleagues suggested Ethereum (ETH) in 2013, they had a far bigger goal in mind: a decentralized way of living.

Buterin envisioned a blockchain-based internet where consumers controlled the internet rather than businesses. To do so, Ethereum would power smart contracts, which are simply automated if-then statements. Because rules and constraints were baked into their coding, these contracts are unchangeable. This means that any party can deal without the requirement for a middleman, eliminating the necessity for centralized platforms.

In 2014, a report defining the DApp, titled “The General Theory of Decentralized Applications, Dapps,” was published. It was prepared by a group of experts in the field, including David Johnston and Shawn Wilkinson.

DApps were defined in the study as entities having the following characteristics:

The report then divides DApps into three “categories” or “layers” based on how users interact with them.

DApps at the first layer reside on their own blockchain. This sort of DApp is used by the most popular applications, such as Bitcoin. They necessitate, for example, a consensus method and built-in regulations.

Layer-two DApps are often developed on top of layer one, leveraging the capability of the underlying blockchain. Tokens are used for interactions in these protocols, which are frequently referred to as protocols. A layer-two DApp would be a scaling solution built on top of Ethereum. Transactions may be processed on this second layer before being committed to the first, relieving some of the strain on the main chain.

Finally, layer three DApps are constructed on top of layer two, frequently containing the information necessary for the other two to interact. It may hold the application programming interfaces (APIs) and scripts required to function in layers one and two. A layer-three protocol, for example, may host many layer-two DApps, improving the user experience across the board.

DApps can be defined as diverse apps that are backed by a core blockchain. Some may develop on top of that first layer, but if they fit the above requirements, they are all termed DApps.

Why should you use a DApp?

Decentralization has several advantages over programmes that run on a centralized network. The unique smart contract eliminates the need for a third party. An programme like Venmo allows you to send money to anybody, but transferring that money to a bank account costs money. Furthermore, shifting fiat frequently takes days to arrive.

However, sending money using a decentralized app means there are no or very little fees to pay. Users save money on fees, and because decentralized transactions are practically quick, they save time as well.

DApps, of course, do not run on centralized servers. Because there is no physical equipment to target, decentralized platforms are immune to all sorts of assaults. This not only makes the network more secure but it also eliminates downtime. It is always feasible to gain access to these programmes.

DApps may be used in practically every business, including gaming, medicine, government, and even file storage. As a result, DApp use is nearly identical to that of standard programmes. While all of the improvements on the backend help users, the actual experience should remain the same. This method of engaging with programmes is referred to as Web 3.0, which also refers to the decentralization of information.

When the internet first began, it was a realm full of information that anybody could access. Large corporations eventually harnessed or consolidated it. While these companies provide it “free,” it comes at the expense of surrendering our data, which they subsequently sell for a profit.

Companies have influence over such information since they know what their customers prefer to purchase, how much money they have, and who they know. That control also implies that they have the ability to revoke it. Enter Web 3.0, where DApp usage does not jeopardise privacy.

Instead, a user may provide only the information needed for, for instance, a medical examination or a loan and choose who sees it and for how long. Companies may also pay for this access, guaranteeing that users benefit as well. There is also the issue of trust. It’s difficult to trust anyone totally when major organizations with ostensibly excellent security are leaking identities, emails, and passwords.

While decentralized apps may promise a future free of companies, the industry is actively attempting to tackle some fundamental concerns.

For one thing, the lack of a centralized authority may result in delayed updates and platform modifications. After all, a single party may just update their app whenever they want. A DApp, on the other hand, requires majority approval from the acting government — even for simple bug fixes. This might take weeks or even months as consumers weigh the benefits and drawbacks of any changes.

DApps also require a sizable user base to function successfully. To engage with it, they require nodes, governance, and users. However, obtaining DApps can be challenging at this early stage, and many people aren’t getting the help they require.

In the future, accessing a DApp may be as simple as a download. For the time being, users must download a DApp-compatible browser, transmit the needed cryptocurrency to that wallet, and engage from there. While technically competent users should have no trouble with this, the great majority of consumers will be at a loss for where to begin.

DApps from all across the globe

DApps in the financial realm appear to be a no-brainer, but they can truly innovate across industries. Let’s take a high-level look at some of these advantages in fields including banking, social media, gaming, and others.

Both lenders and borrowers may use DApps to conduct business. Lenders gain interest rates based on the amount of money they save with banks. The more a person saves, the more the bank may lend and the more interest both parties make. However, the bank, as a centralized organization, takes a larger percentage than lenders would want merely to provide a place to hold cash.

Lenders get 100% of their interest on a DApp since there is no middleman to pay. They also have more control over loans while earning tokens from the platform on which they choose to lend.

Borrowers have greater influence over the amount of interest paid and the time it takes to pay it. Indeed, several platforms allow borrowers to pay off interest over months or even years, provided they achieve a minimum payment level. Rates can also be discussed with the borrower, making a fair decision for all sides.

When all is said and done, owing to smart contract technology, the proceeds may be realized instantly. There is no need to involve attorneys or other third parties, which prolongs the confirmation process and increases the expense to both sides.

Users stand to gain significantly from social media DApps. To begin with, there is no one to filter posts, which means free expression all around. If any posts become problematic, the community can vote to have them removed.

Influencers can also make extra money. Popular tweets generate the most revenue for the firm on conventional networks such as Twitter. It earns advertising income from all site visitors, while the author receives, well, nothing.

Social media DApps may include a built-in tipping system that uses the token, and users may run advertising and get their full payout without a corporation taking a portion.

Gaming has always been a fascinating DApp use. Currently, games need dozens of hours invested in a character to grow — one in which the player has likely paid real money — only for it to sit and decay when the player goes on.

In terms of value, DApps give a more appealing answer. Take, for example, the game CryptoKitties. In this scenario, players obtain a tokenized item, a cat. That cat will then mature over time, increasing in value if properly nurtured. A user may then sell the cat for whatever they like if there is a prospective buyer.

Furthermore, certain cats may be able to mate with other cats, resulting in an even rarer and perhaps more costly animal. Players can trade or acquire cats, as well as do whatever they wish with these tokenized pets. Their time investment is now truly worthwhile. There aren’t many right now, but the picture that notion developed out in a title with hours of gameplay. Full-time gaming might be in our future.

In most cases, voting is a painful process. It often involves various steps of validation — some inaccessible to citizens without proper housing or those who are suffering from other issues. Not to mention tampering and other illegal activities.

Because of smart contracts, a voting DApp may make the procedure accessible to anyone. In essence, the community can vote on a set of suggestions. Then, for example, they may establish a time limit of 24 hours for people to “stake” their vote with tokens. This broadens participation and allows anybody to vote anonymously.

Votes are immutable and untamperable since they are kept in a decentralized network. Furthermore, smart contracts may reward voters with a relevant token in exchange for their efforts, encouraging more people to vote than ever before.

While viewing the web, many people use an ad blocker. This is definitely a nuisance for companies seeking to make cash, but it is acceptable in some respects, given how intrusive advertisements have gotten in many aspects. This can be fixed with a browser DApp.

Users browse the web while earning cryptocurrency using a browser-integrated ad and tracker blocker. Users may now choose to allow donations when they locate authors and websites they want to support. This means that the more time a person spends browsing, the more they pay to that site over time. Users may even enable advertisements for those specific sites, which would benefit them much more in the long term.

The emphasis here is on privacy. Users may control who can monitor them, preserving personal information while yet donating to platforms in need of funds. It’s a win-win situation for everyone. 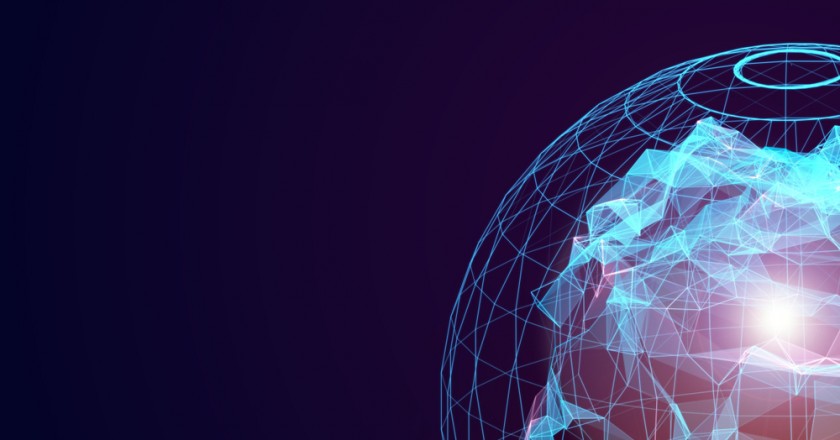 An Overview of Decentralized Applications